Pop superstars Jonas Brothers — Kevin, Joe and Nick — have been accused of being mean to a black woman. Garron, a black woman whose profile mentions she is an editor at The Onion and a stand-up comedian, claimed that the musican siblings were mean to her, reports aceshowbiz.com.

She posted a string of tweets talking about her experience with the “Sucker” hitmakers. Garron recalled being bullied by the celebrity brothers when they took part in a Thanksgiving Day parade.

Garron wrote: “happy thanksgiving one time I was on a float in the macy’s day parade with the Jonas Brothers and they were mean to me xo.”

She also shared a hazy picture which she said was of her on a float with the Jonas Brothers.

It is unclear when the photograph was clicked since their faces cannot be seen clearly, but it seemed to be from the time before the brothers’ 2013 split and their comeback in 2019.

“I am this blur it was raining and i was being bullied by a band of lip syncing siblings, all in all a great experience, she wrote as the caption.

The person wrote: “My dad hates the Jonas Brothers because he used to work in a hotel restaurant and joe jonas sent his food back 4 times.”

“I’ve said it before and I’ll say it again the Sprouse twins were lovely, Sprouse brothers hive rise, goodbye Jonads” the user wrote.

Garron replied to the said user, writing: “I am also team Sprouse, they seem well-adjusted and that’s saying a lot for child stars.”

Jonas Brothers have not responded to Garron’s complaint.

Also Read: Kevin, Joe, Frankie or Nick Jonas: Who is the most followed Jonas Brother on social media? 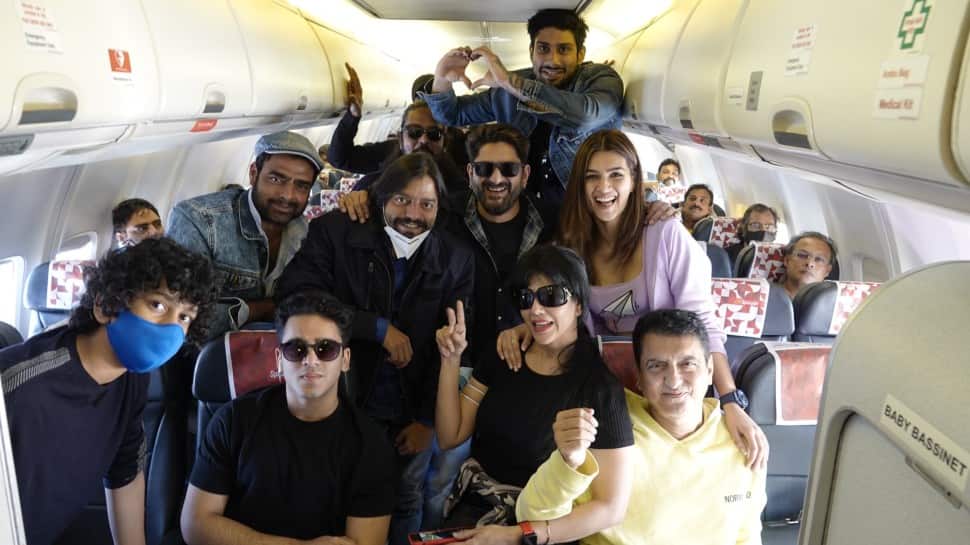