Anand L.Rai wraps up shoot for ‘Atrangi Re’ in Agra with picture on social media – Take a look | Movies News | Zee News

‘Atrangi Re’ starring Akshay Kumar, Sara Ali Khan and Dhanush is expected to release in 2021 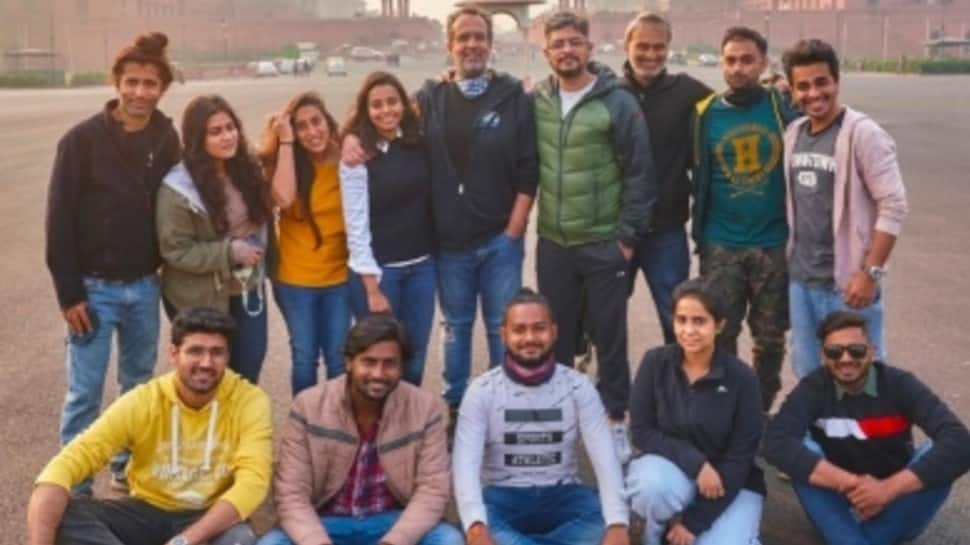 New Delhi: Filmmaker Aanand L. Rai has wrapped up shooting schedules in the city and Agra for his upcoming film ‘Atrangi Re’. The director took to social media to share a picture with his crew with Raisina Hill in the background to share the news.

Anand L Rai, posted a group picture with his crew and giving credit to photographer Harjeet Singh, he captioned the post saying, “Warriors of #AtrangiRe standing tall on the last day of the schedule.”

Take a look at his shoot wrap-up post below:

Parts of the film were also shot in Agra across locales including the Ghatia market and other marketplaces, besides a stint at Taj Mahal. Pictures released on social media by the cast showed Akshay Kumar dressed as Mughal emperor Shah Jahan and standing in front of the Taj.